There’s a reason the Ford Transit has been called ‘the backbone of Britain’. While it faces competition from the likes of the Peugeot Boxer, the Citroen Relay, and the Mercedes Sprinter, Ford’s flagship Transit range has consistently been rated as one of the most successful and popular series of vans in the UK. That’s certainly true for our customers here at The Van Discount Company, and it’s a frequent request from customers looking for cheap van deals. So, what makes the Ford Transit the premier choice for so many drivers and fleet managers?

A van’s reliability and cargo capacity are two of the most common deciding factors in the purchase of any new commercial vehicle, and Ford has spent decades establishing the Transit’s strengths in this area, while ensuring that their flagship range of vans lives up to those expectations. Every Transit van is a true workhorse that’s more than capable of standing up to the arduous demands of everyday working life on-site, and out on the roads.

Part of what makes Ford vans so reliable is the UK’s strong dealer network backup, making it easy to source replacement parts on the few occasions that breakdowns do happen. All that equates to a minimum of unnecessary downtime, helping keep unexpected costs to a minimum. Plus, you’ve got a wide range of choice when it comes to cargo capacity, ranging from the nimble Ford Transit Courier van all the way up to the hulking XLWB Ford Transit van. 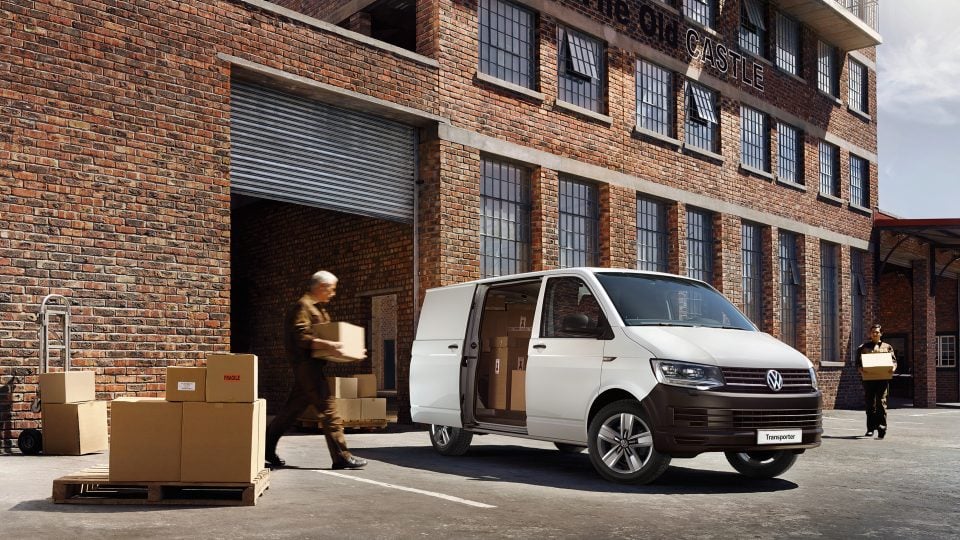 One of the most customisable vans on the market

The almost limitless level of customisation is another major draw of the Ford Transit. With a wide range of choice between wheelbases, trims, and passenger capacity, it’s never been easier to create a van that’s uniquely suited to your business, speccing it almost from the ground up. With Ford Transit vans, you can typically pick your favourite from a range of trims, including Leader, Trend and Limited.

Even the most basic trims have a surprisingly sophisticated range of technology to choose from, and examples of the most popular features and technology across the range include adaptive cruise control, navigation touchscreens, Bi-Xenon headlights, 16 inch alloy wheels, and even self-parking functionality.

All the benefits we’ve listed above are already enough to cement the decision for lots of buyers, but the affordable buying price tends to be the icing on the cake. Not only are they relatively easy on the wallet at the point of purchase, but their excellent fuel economy and running costs mean that they’re highly cost-effective in the long run, which makes them a popular choice both for one-man bands and large commercial fleets.

And if you’re on the lookout for the best van deals on new Ford Transits, you’re in exactly the right place. Here at Van Discount, we typically save our customers around 40% off the price of a new van. What’s more, there’s never been a better time to buy! Give us a call today on 01282 872 530, or email us on sales@vandiscount.co.uk, and we’ll get started on getting you the best deal.