Is the 2030 petrol and diesel ban too soon for commercial fleets?

The new date became official in November of 2020, as Boris Johnson wrote used his column in the Financial Times to announce that the government’s new target was to phase out petrol and diesel cars and vans by 2030. As predicted, the news drew a substantially mixed reaction – while it was welcomed by environmental campaigners, it was received notably less enthusiastically by fleet owners and other decision makers interested in the best van deals.

The two camps aren’t necessarily in direct opposition to each other – indeed, there are plenty of fleet operators who are also strong proponents for environmental action – and the concerns of both are equally valid. The general consensus is that decisive action certainly needs to be taken on the climate crisis. But when it comes right down to it, the 2030 target requires not just collective will, but a lot of preparation too. So the question is – can it really be done?

How do fleet operators feel?

We’re now all keenly aware that the 2030 change is only two or three fleet cycles away, and it’s definitely worth mentioning that the passion is definitely there as far as the UK market is concerned. More and more business fleets are incorporating electric vehicles into their fleets, and global manufacturers like Volkswagen have already announced their plans for an all electric van range, increasing the amount of choice on the market.

However, unsurprisingly, there’s a significant proportion of industry figures who say that the new deadline is unrealistic. Fleet News conducted a survey of more than 600 decision makers, and less than a third (29%) agreed with the implementation date for cars. Conversely, almost three quarters (74%) said that 2030 is too soon to ban new petrol and diesel vehicles.

Only one in five agreed with the government’s current 2030 deadline. One in five fleets (21%) would prefer that the ban was moved back to 2035, and a similar number said that a start date of 2040 would be more realistic to achieve (notable for being the government’s original deadline). 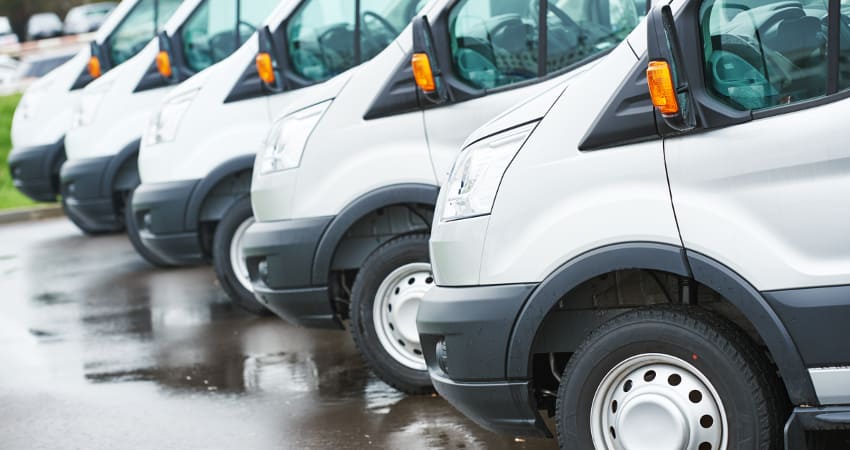 Key concerns for the rollout of electric vehicles

As others have already observed, from an industry point of view, tax is always going to be one of the main cruxes of the issue. One of the key factors currently driving the adoption of EV and PHEV is a much reduced Benefit in Kind (BIK) tax, although right now the available tax tables only extend as far as 2024-25. There are calls for the government to make sure that those rates stay in place until 2030. Ideally, the same measures should be adopted for vans too.

The main sticking points remaining for fleet owners and operators are all pretty obvious, to be honest. First off, there’s battery charging and infrastructure. Private drivers with driveways probably won’t find it too challenging to keep their vehicles topped up, but it’s going to be harder for small businesses who might not have their own dedicated space.

There’s also the fact that even if you’ve got the room, installing charge points at your site could cost well into the thousands of pounds, largely due to the extent of the civil engineering involved. That can bring further complications – just ask Royal Mail, who don’t own all the buildings they operate from, so they must seek landlord permission before they can modify their bases with EV charging points.

Infrastructure needs to evolve beyond just home-based or office-based charging points, too. The government will need to identify the best place for publicly-accessible charging points, such as on motorways, and it’s likely that significant private investment will be required to install them.

Advances in infrastructure will go a long way to allaying another principal concern of fleet operators, which is the current limited range of electric vehicles. Right now, that puts a solid cap on their ability to fulfil many of the standard demands that fleet owners will have of them, such as their capability to make long-haul deliveries across the country.

We’re also still waiting on a few extra details regarding hybrid vans, which the government has yet to technically define. The deadline is a little longer for them, as long as they’re able to ‘travel a significant distance with no carbon coming out of the tailpipe’, but they’ll be banned from 2035.

So, is the ban achievable?

Well, in some ways that could be seen as a redundant question. The date is now set, so manufacturers and fleet operators will simply have to. The main question is: how? But while there are no simple and straightforward answers to that question right now, what’s clear is that the industry will require consistent reassurance, support and clarity from the government, so that they can plan and upgrade their fleets accordingly.

And if that’s something you’re considering already, that’s where we can help here at Van Discount. As the undisputed home of cheap van deals, we have a huge range of vans to choose from, including commercial vehicles from the likes of Citroen, Renault, Vauxhall and Ford.

Best of all, we save buyers an average of 40% off a new van! With our in-house expertise and experience, we can even offer bespoke conversions for our customers. Call our van experts today on 01282 872 530 to see what we can do for you!