If you or your employees use your van for deliveries, loading bays will likely form part and parcel of your working day. But for such a widely used form of street parking, apparently there’s still a lot of confusion surrounding their use, costing UK businesses hundreds of thousands of pounds a year. If you’re searching for new van deals, it’s something to bear in mind – recent research suggests that van drivers in Britain have been charged £1.7 million over the last three years for offences relating to the use of loading bays. So what are the possible reasons behind this, and what can you do to avoid getting caught out yourself?

The research was carried out by Volkswagen Commercial Vehicles, an arm of the globally-renowned German manufacturer. Its extensive research found that UK van drivers have been issued with tens of thousands of Penalty Charge Notices each year for incorrectly parking or stopping in a loading bay, resulting in fines totalling over £1.7 million. According to VW, every year around 13,000 PCNs have been issued on average, and that figure has risen 10% year on year.

It suggests this is not because van drivers are willingly flouting the rules, but rather because there is still a fair amount of confusion regarding the acceptable use of loading bays. It found that 23% of appeals against load bay penalties were unsuccessful, which it thinks further underscores the confusion surrounding them. City councils in Manchester, Glasgow and Haringey were amongst the most prominent areas featured in the study, issuing the highest number of load bay penalty charges between them. So, to clear up some confusion, we’ve detailed some of the key bits of advice to remember about loading bays below.

Some of the key rules about loading bays are obvious – they’re primarily used to collect pre-ordered goods, or unload items that require a vehicle to transport them. Drivers therefore aren’t allowed to stop in a loading bay without loading or unloading, and they’re not allowed to use it as a space to wait for available parking to open up – however brief that time may be. It’s also not to be used as a space to collect or drop off passengers.

Since loading is classed as a continuous activity by authorities, it means the vehicle can only be in the loading bay for as long as the activity is being performed. As soon as the loading or unloading is complete, the vehicle has to be moved. Reasonable time is allowed for those involved to check paperwork, but enforcement officers won’t consider casual conversations or additional errands to be part of the loading and unloading process. Their definitions are very strict!

Loading is permitted on single and double yellow lines for up to 40 minutes, as long as there’s no explicit ban in force upon loading. Be aware of timings, though – for resident parking bays and shared-use parking bays, that time is halved to 20 minutes. If the vehicle is being left unattended at any stage – and ideally, it shouldn’t be – then you need to make it clear that it’s being loaded or unloaded. Typically this is done through the use of signs and hazard lights. 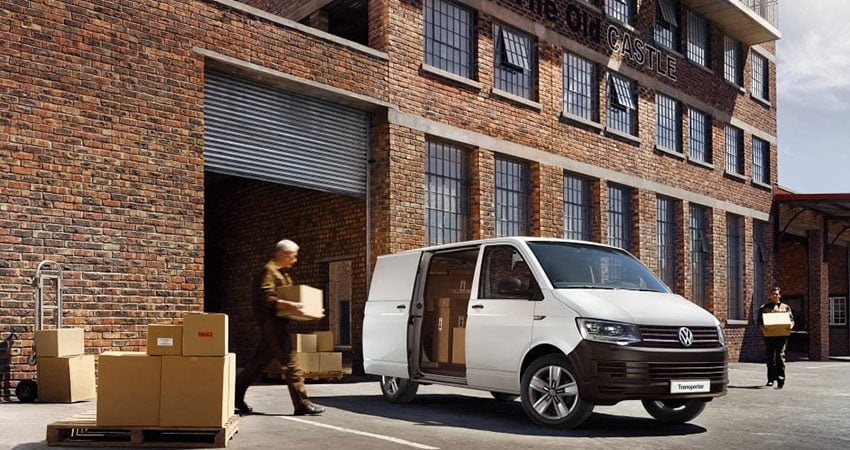 – Check any nearby signage for specific rules or restrictions
– Check for any time limits
– Check for pips on the kerb which indicate that a loading ban is in force
– Remember that it’s the driver’s responsibility to prove the vehicle is legitimately being loaded or uploaded
– Ensure you’re only using the loading bay for as long as you need to, and move off promptly once loading is complete 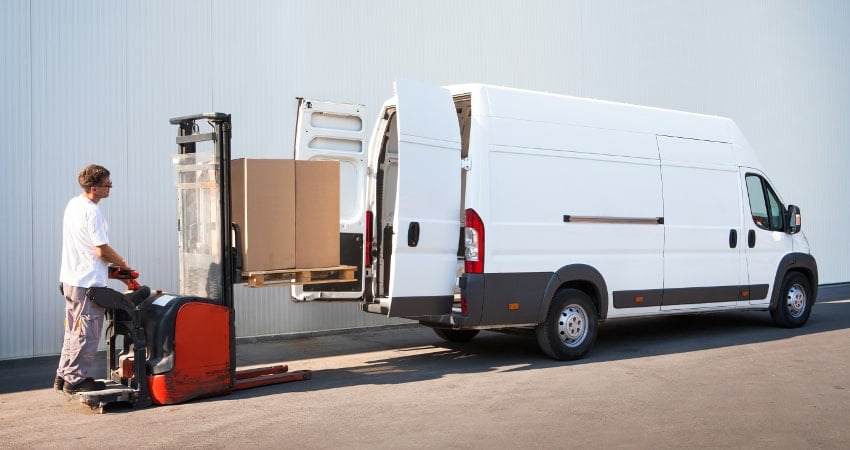 – Stop anywhere the vehicle will cause an obstruction to traffic or pedestrians
– Bring the vehicle to a halt on the zig-zags at pedestrian crossings
– Stop on yellow zig-zags outside schools, especially during active hours
– Load or unload from a suspended parking bay UNLESS you’ve got explicit permission from the borough, or the suspension is specifically for this purpose

Parking on pavements is occasionally acceptable, but should only be done as an absolute last resort, as various different councils have different stances on this. Either way, it’s a risk. What’s more, someone should ideally be with the vehicle at all times, especially if you’re parked on the pavement. If it’s left unattended, it may be considered to be parked, which leaves you potentially open to receiving a Penalty Charge Notice. One last piece of advice from us – always accept the PCN from the Civil Enforcement Officer, and don’t argue at the scene. You can always appeal it later. Arguing won’t change their minds, and if you drive away or they feel threatened, it may later affect the success of your appeal.

Once you’re confidently clued up on the details of loading bays, it always helps to have the ideal vehicle to make the deliveries – and that’s where we come in here at Van Discount! We’ve got plenty of cheap van deals for you right here; amongst our stock, you’ll find models from the likes of leading manufacturers such as Peugeot, Nissan and Citroen – and of course, if you have any questions or need any advice, feel free to give us a call on 01282 872 530. We’re here to help!